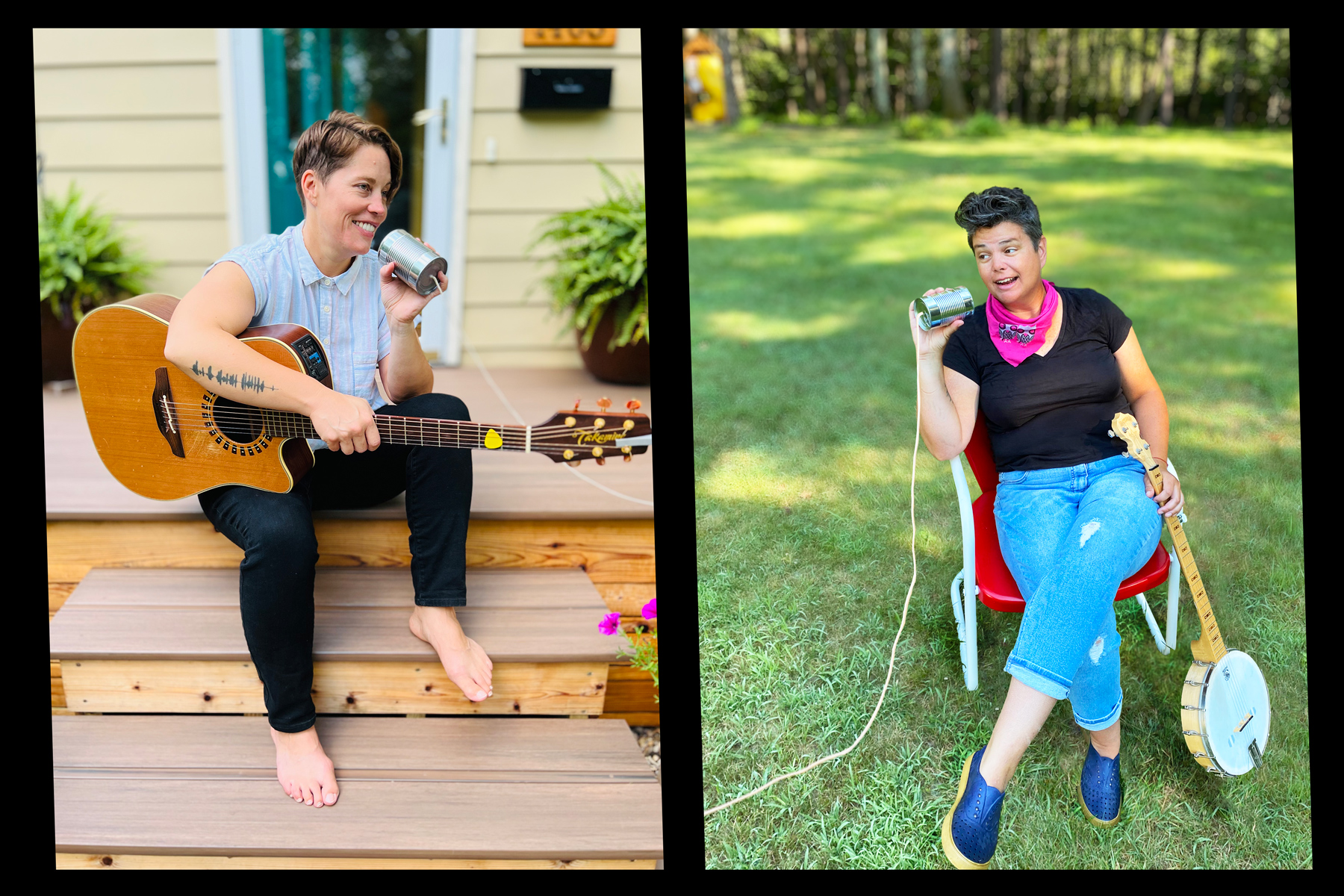 Since their “hiatus” in 2012, Kate Peterson and Sarah Cleaver of Nervous but Excited have spent the years over 700 miles apart, singing the melody lines in their own ways, just awaiting the right time to bring the harmonies back. Ten years later, the stars will align for three special reunion shows.

They are breaking the ice with their first show on the east coast near Sarah’s hometown of Kittery, ME, at The Word Barn Meadow in Exeter, NH (7PM Saturday, September 24th).  In November, they return to Kate's home base of Michigan to perform at two of their all-time favorite venues, The Ann Arbor Ark (8PM, Friday, Nov. 11th) and the East Lansing Women in the Arts Festival, co-produced by the Ten Pound Fiddle (6:30PM, Saturday, Nov. 12th).

Pleasantly Aggressive Folk Duo Nervous but Excited is two songwriters, two singers, three guitars, a banjo, a mandolin, a ukulele, dead-on harmony, some vaguely choreographed dancing, and an impressive amount of laughter. Their original repertoire ranges in topic from smart, introspective narratives to the tactfully political… interspersed with songs of love and loss that will undoubtedly tug on your heartstrings. Their harmonies have been described as the kind that build so smoothly until suddenly they start to shake your insides.

“Ahhhh… organic and rich like good soil … makes me want to listen and hear it grow.
The songs are honest and dimensional. it’s music to my ears.”   – Amy Ray, The Indigo Girls

From 2004-2012, Nervous but Excited played over 600 shows in the US and Canada (plus one jaunt over to Spain) in support of 7 releases (3 studio, 1 live and 3 EPs). Throughout the years, Kate and Sarah collaborated with many Michigan musicians, performing live as a 7-piece band at the peak. Mainstay band members included dear friend and manager Susie Giang (bass, banjo) and multi-instrumentalist Murray Stewart-Jones (drums). Other live and studio collaborators included Theo Katman (Vulpeck),  Allison Russell (Po’ Girl, Birds of Chicago), Joshua Davis (Steppin’ in it, The Voice ), Chris Bathgate, Girlyman, Frontier Ruckus, Hana Malhas, Katie Sawicki, and Lyndell Montgomery, among others.

Their song “Said and Done” was chosen to be part of the award-winning movie Annabelle & Bear and with the help of NBE’s strong and loyal fan community (nearly 25,000 Facebook fans), Kate and Sarah won a competition to film a cameo and sing live in the movie.

WANT TO TURN BACK TIME?

there’s a lot of goodies in there.

we’re incredibly excited to see you.